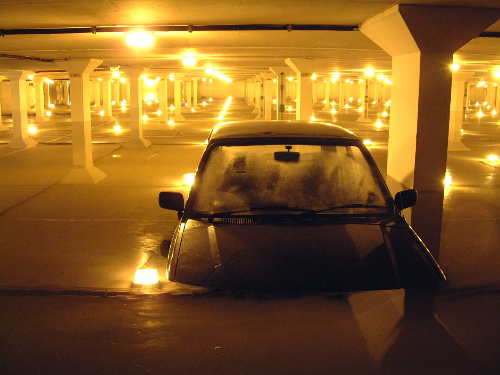 If you’re involved in any form of car parking areas, whether a full-blown car park or just some spare spaces at say the back of a property, then here are a few tips to make sure you make the most of keeping these as clean as possible.

This may seem a little pedantic, as in surely such spaces are pretty messy anyway by the nature of what they – and even when they do need a clean, then a quick sweep of the floor will surely suffice.

Well the secret of good cleaning is in the detail, and therefore here are a few potentially less-known pointers as local Easy Cleaners to make cleaning any form of parking areas nice and easy:

You tend to attract lots of general litter in car parks, both accidental but sometimes more deliberate as people throw litter outside their vehicles as they park up.

So, simple bins dotted around with clear signage and locations will help to some degree, although these of course will need to be emptied and cleared on a regular basis.

Otherwise, it’s good ol’ litter-picking, which although isn’t too difficult, it is needed on a regular basis. Ideally regular users or contractors will get in the habit of helping with this, but make sure these are the right official ones and they stick with it.

This verges more on a gardener’s remit, but can have some overlap with general cleaning, and that’s dealing with any landscaped and weed areas around the car park.

In addition to proper planted-areas maybe around the edge or in special locations, watch out for weeds and moss coming up where you don’t really want it to, often around the edges.

And in addition to basic manual weed-pulling and plant-maintenance, just watch out for going a little too far with say weed killer which will require separate COSHH treatment and precautions.

Unfortunately, you tend to attract a lot of water in parking areas, not only because they are often a large solid-surface where rainwater has to trickle along, but downpipes from roof areas, and gullies from other areas, tend to travel on them as well.

So be prepared, and make sure any drains and gullies are not showing signs of blockages, particularly in say the autumn when leaves are falling from trees.

It’s sad to say, but car park areas can attract all kinds of potentially dangerous items, substances, and liquids.

These can include leaking fuel from vehicles, drugs and needles from users, broken glass from damaged vehicles, and even screws and nails which can certainly harm car tyres and people’s shoes.

Well it’s simple really – they all need removing, or at least re-locating to a more secure and secluded area. Making sure you have all the necessary PPE precautions in place of course.

And finally, something we can all take for granted, and that’s the signs in the car park – whether basic name and direction signage, payment details, health and safety ones, or even advertisements.

In some cases, there may be deliberate graffiti, in others just general grime and dirt – but after wiping-down it’s amazing how they can soon bring back a wow-factor to the area.

So, as you look at getting any form of parking areas clean and tidy, these above points will hopefully help with the detail and make the most of them – not only hygiene wise, but from a safety perspective as well.

Even if you have amazing modern areas which are well lit and part of an underground parking area for example, the principles will be very similar.

And whether you’re the person responsible for keeping these areas tidy, or you want to make sure the right cleaning people are, these pointers will still steer you in the right direction.